Art Through the Eyepiece

Art Through the Eyepiece 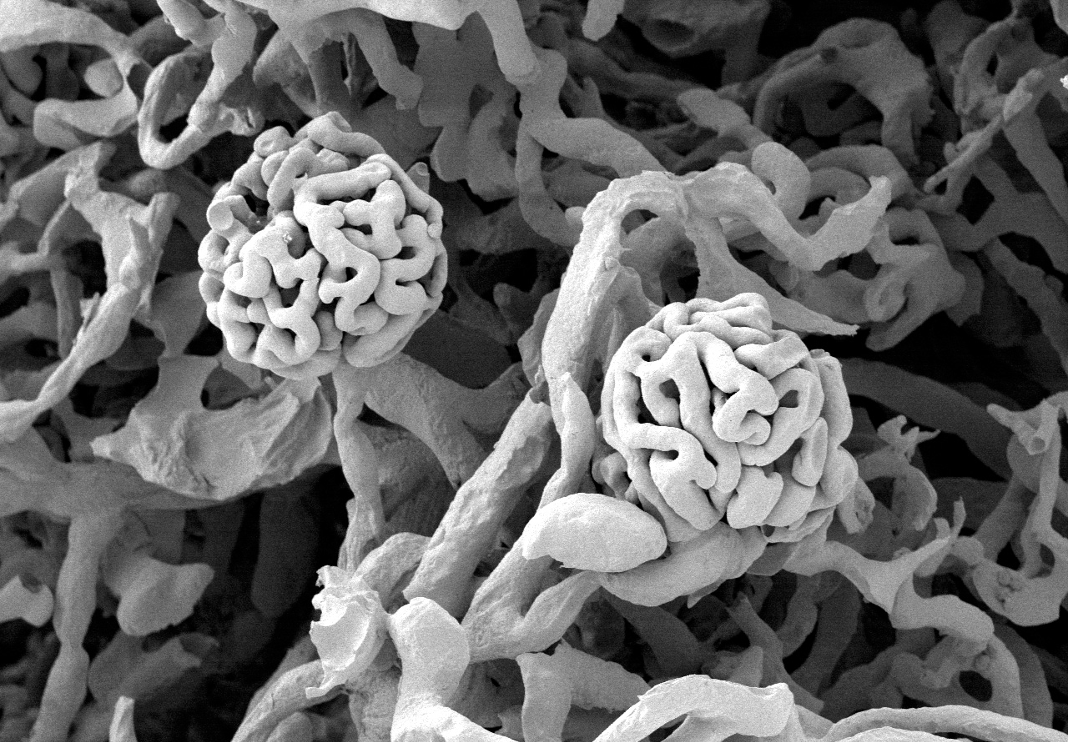 HOW INTRAVITAL MICROSCOPY IS CHANGING RESEARCH AND HOW PEOPLE VIEW SCIENCE

Explore hidden worlds through the art and science of Ruben Sandoval in this engaging series of presentations.

HOW TO MAKE YOUR OWN PAIR OF 3D GLASSES

Follow this link on how to make Red/Green glasses for viewing red/green 3D images.  This will be needed for the powerpoint dealing with depth in medical imaging.

Art Through The Eyepiece

HOW INTRAVITAL MICROSCOPY IS CHANGING RESEARCH AND HOW PEOPLE VIEW SCIENCE

HOW 3D WORKS INCLUDING A VIEW OF A KIDNEY

Tales Of The Departed

TESSELLATIONS OF A KIDNEY UNDER A MICROSCOPE

What’s In Your Drink

EXPLORING THE SCIENCE AND CHEMISTRY OF COCKTAILS

A Love Of Science Is In Our Bones

THE SCIENCE AND ART OF BONES

AN EXPLORATION OF CULTURE AND FERMENTATION 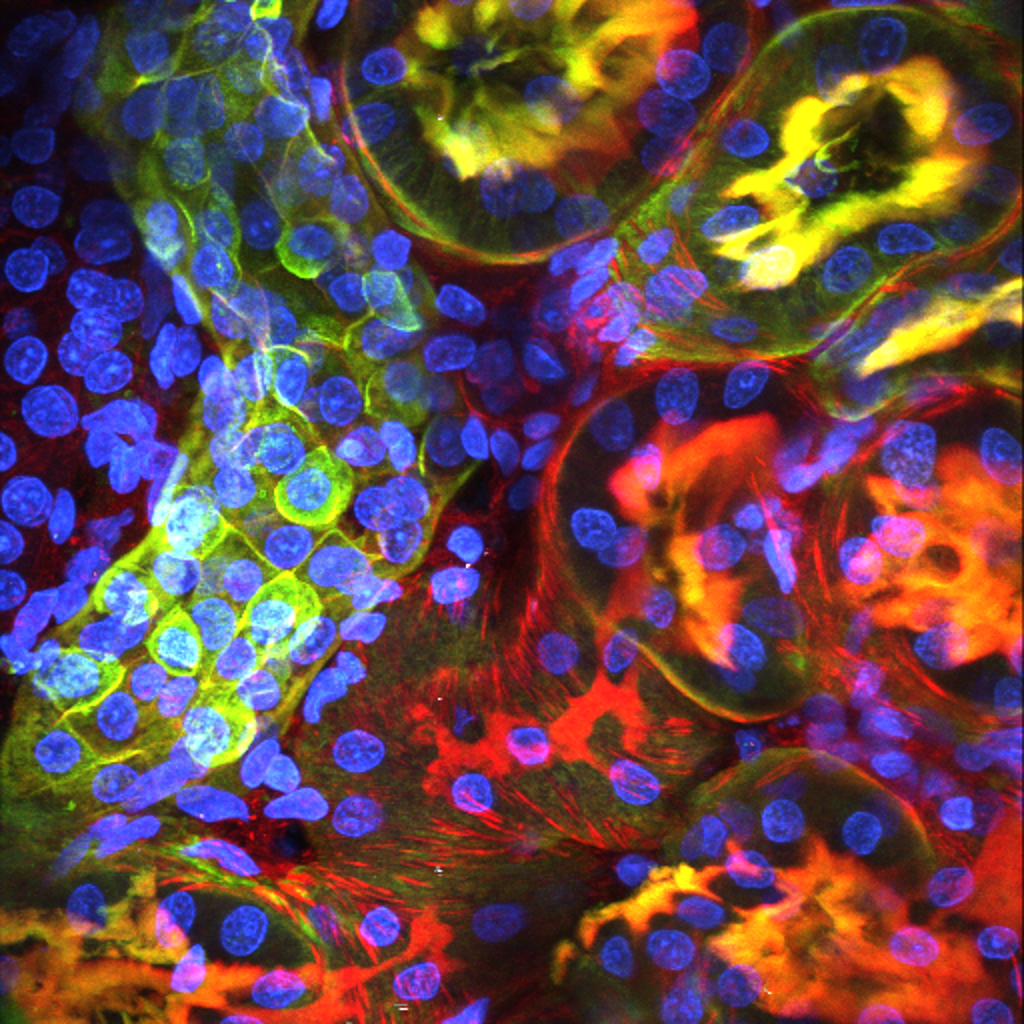 This 3D volume shows the surface of a living rat kidney at high magnification.  A large, fluorescent green glucose polymer is retained within the blood plasma to fill the blood vessels.  The circulating red blood cells appear as slanted shadows because their flowing speed is faster than the acquisition rate of the microscope.  The proximal tubules (seen in yellow because of a specific mitochondrial dye) are responsible for retrieving certain materials that are filtered, thus preventing them from being lost in the urine.  The red staining pattern shows the mitochondria of a distal tubule.  The small group of dull brown cells just above the green loop of the glomerulus at the lower right make up the Macula Densa.  This structure is rarely observed using intravital multi-photon microscopy. It is responsible for sensing sodium chloride levels in the blood and increasing or decreasing water and ion absorption to regulate volume and blood pressure.

This 3D volume of a living rat kidney shows a glomerulus (the center of the filtration unit of the kidney) at the center.  The movie begins with a constructed/destructed/reconstructed view of the area followed by a shallow tilt.  The nuclei of cells are faintly labeled with a cyan dye and can be seen wrapping around the blood vessels of the glomerulus and surrounding the center of a distal tubule (up and right of glomerulus).  For this experiment, large and small glucose polymers labeled with red, green and blue fluorescent dyes were injected at various time points to look at movement into the proximal tubules (blue/white structures) and study a portion of the retrieval process that rescues small molecules filtered into the urinary space.

This movie shows the filtration and movement of small red fluorescent glucose polymer through the urinary space (the lumen of kidney tubules) 24 hours after acute kidney injury.  This two-minute movie (made from two, 1-minute consecutive movies) was compressed to six seconds and shows the movement of dead cells and cellular material (appearing as dark spheres surrounded by the red fluorescent compound) on its way to the bladder for excretion.

This complex four-minute movie compressed to 24 seconds shows the filtration and concentration of a small blue molecule into the urinary space of a living rat kidney.  The blood vessels are labeled with a large green fluorescent glucose polymer; with a glomerulus visible in the upper center.  All of the nuclei within the kidney are labeled with a cyan-blue dye.  The proximal tubules are labeled with a yellow dye that moves into the mitochondria. A separate red mitochondrial dye labels the distal tubules (lower section) and collecting ducts (upper left, with a checkerboard pattern).  A third red mitochondrial dye labels specialized cells called podocytes that surround the green blood vessels of the glomerulus in the upper center; and cells that surround the blood vessels in between the tubules.

During play, the movie will show circulating red blood cells within the green blood vessels appearing as dark streaks.  The shape distortion happens because the red blood cells flow faster than the microscope can acquire their true shape.  As the movie starts you will see the infusion of a small blue fluorescent glucose polymer into the blood stream which then filters into the space around the glomerulus, then the proximal tubules (yellow), the distal tubules (red, lower section), and finally into the collecting duct (red, upper left).  As this fluorescent blue molecule moves through the different tubules, water is reabsorbed by the kidney, causing the molecule to become more concentrated and brighter.

This 3.5-minute movie is similar to Filtration-TimeSeries.avi; except the magnification being higher to show greater detail.  As with the previous movie, the small blue fluorescent dye concentrates and becomes brighter as it moves along the tubules where water is reabsorbed. The higher resolution in this movie allow you to see the small portions of the blue fluorescent molecule being absorbed into small bright dots called vesicles, by the proximal tubule (below bright blue distal tubule at end of movie).  Here, molecules that were destined to be saved will be transported back to the bloodstream for redistribution; certain toxins and other abnormal or damaged molecules are transported to the lysosomes for cellular degradation.

In the initial portion of this movie, the surface of living rat kidney shows the nuclei of all cells labeled in cyan, the blood vessels labeled in green (with circulating red blood cells appearing as slanted streaks) and in the lower center, podocytes from a glomerulus are genetically modified to produce and display a fluorescent red color (from a sea sponge) .  The cluster of cyan cells above the glomerulus shows a collecting duct, a proximal tubule with orange speckles called lysosomes sits snuggly above.  During the movie, three separate dyes that label mitochondria within cells are infused and label different cells shown here.  Once all of the dyes disperse and stabilize within the kidney, the mitochondria of cells surrounding the blood vessels and the podocytes of the glomerulus appear red, as well as the collecting duct above the glomerulus.  The proximal tubules (upper center/right; side and lower right) appear yellow/green.  Because of their distinct distribution, these dyes can be used to examine the health and energetic state of specific cells types within the kidney.  Note: in one of the capillary loops of the glomerulus, an activated white blood cell can be seen “crawling” along the blood vessel wall (upper and right capillary loop, appearing as a circle with red mitochondria).

Take a trip to a local pet shop or larger supermarket and you will likely encounter GloFish.  These bright, fluorescent fish are genetically modified to express natural fluorescent proteins occurring in organisms like crystal jellyfish and certain sea sponges.  The genes responsible for producing these proteins have been isolated, modified to produce brighter, more colorful variants and introduced into these fish so they also display these fluorescent colors.

This movie shows a group of genetically modified, immortalized pig kidney proximal tubules cells grown in cell culture that express Green Fluorescent Protein (GFP) linked to a ubiquitous protein called Actin.  Note: although the image shows 4-5 bright cells, there are others in the image that were not able to incorporate the DNA to express the fluorescent protein conjugate; efficiency varies among methods to introduce DNA into cells.   These GFP-actin molecules polymerize forming long filamentous structures used for structural support, tracts on which molecular motors transport packaged materials, and filipodia in organisms that rapidly move using pseudopodia (slime molds, activated white blood cells).  For this experiment, an agent was introduced to rapidly diminish the cell’s available supply of ATP, which provides energy for the cells, and is also responsible for regulating Actin’s polymerization and depolymerization.  Here, a series of 3D volumes was taken, prior to adding the compound, 5, 15, 20 and 30 minutes after starting ATP depletion.  In the absence of cellular energy, the cell begins to form bright, abnormal aggregates of actin in the form of rods; which become more pronounced and numerous over time.

Thank you Ruben for these incredible experiences and activities. 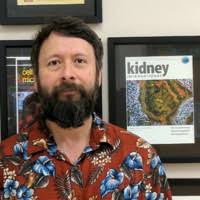